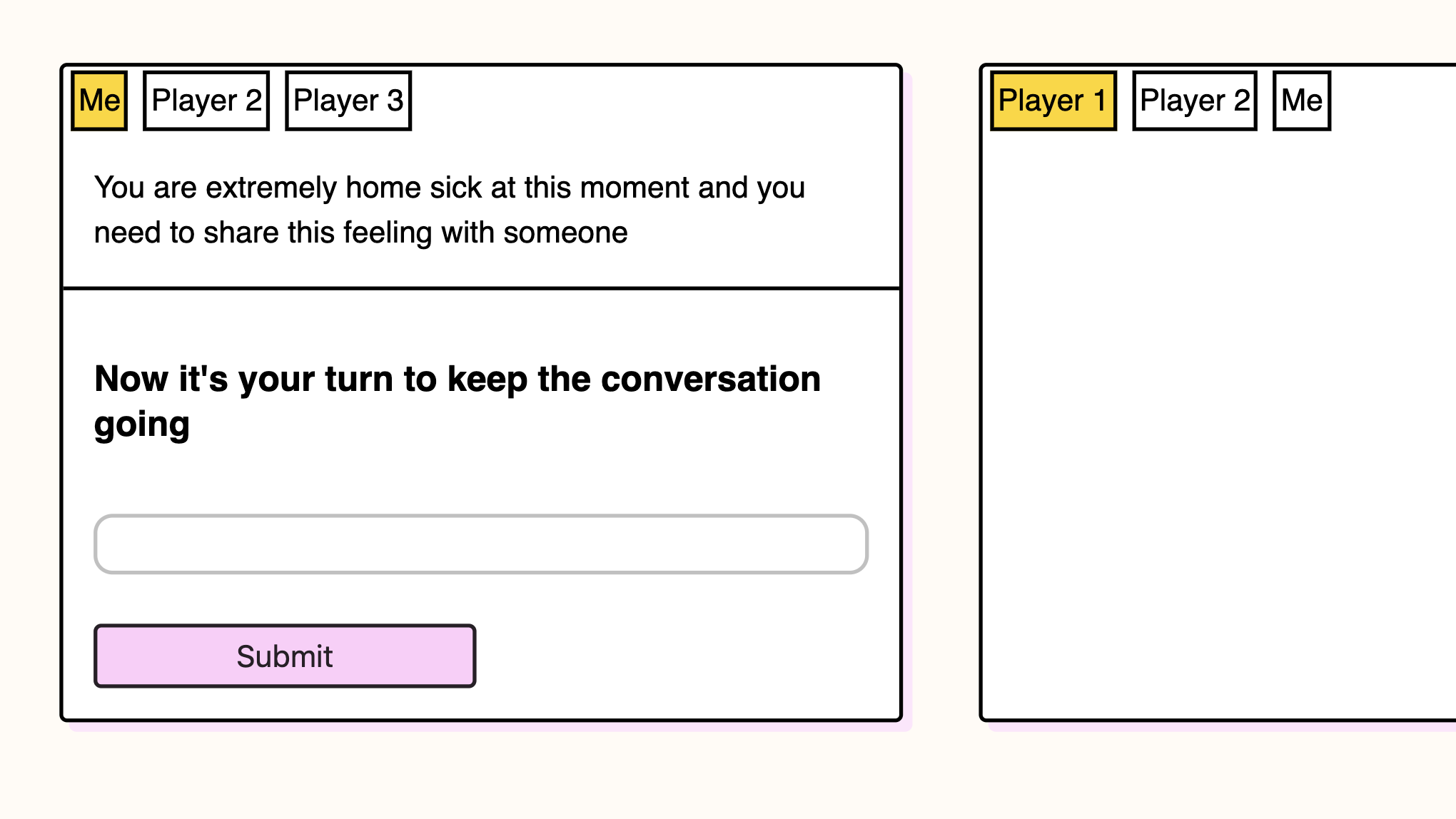 hi stranger is an exploration of collectively building a conversation without context in order to express creativity.

Hi stranger is an exploration of how we can create a conversation between anonymous participants. As people, we try to communicate with others and understand the conversation using context.

In this experience, we are interested in the ability to narrate the story without knowing the context, and the way we interpret ourselves as participants when we're anonymous. The result of the experience will be two collective conversations from different perspectives of the story. Users might be able to read the conversation as a dialogue or as a group conversation.

Does the context we receive from one conversation affect how we conduct ourselves in the other? Do we try to occupy the role of someone in a 2-person conversation, or write something only intended as a singular message?

Messages from all conversations are stored upon completion and can be accessed from the starting page. If you're curious, click the button to see what narratives and interactions previous players have created.

"hi stranger" is built with Express.js, socket.io, and MongoDB. Socket.io manages the communication between each user through the server so that people can get the instant message. MongoDB is used to store the conversation that has been created. 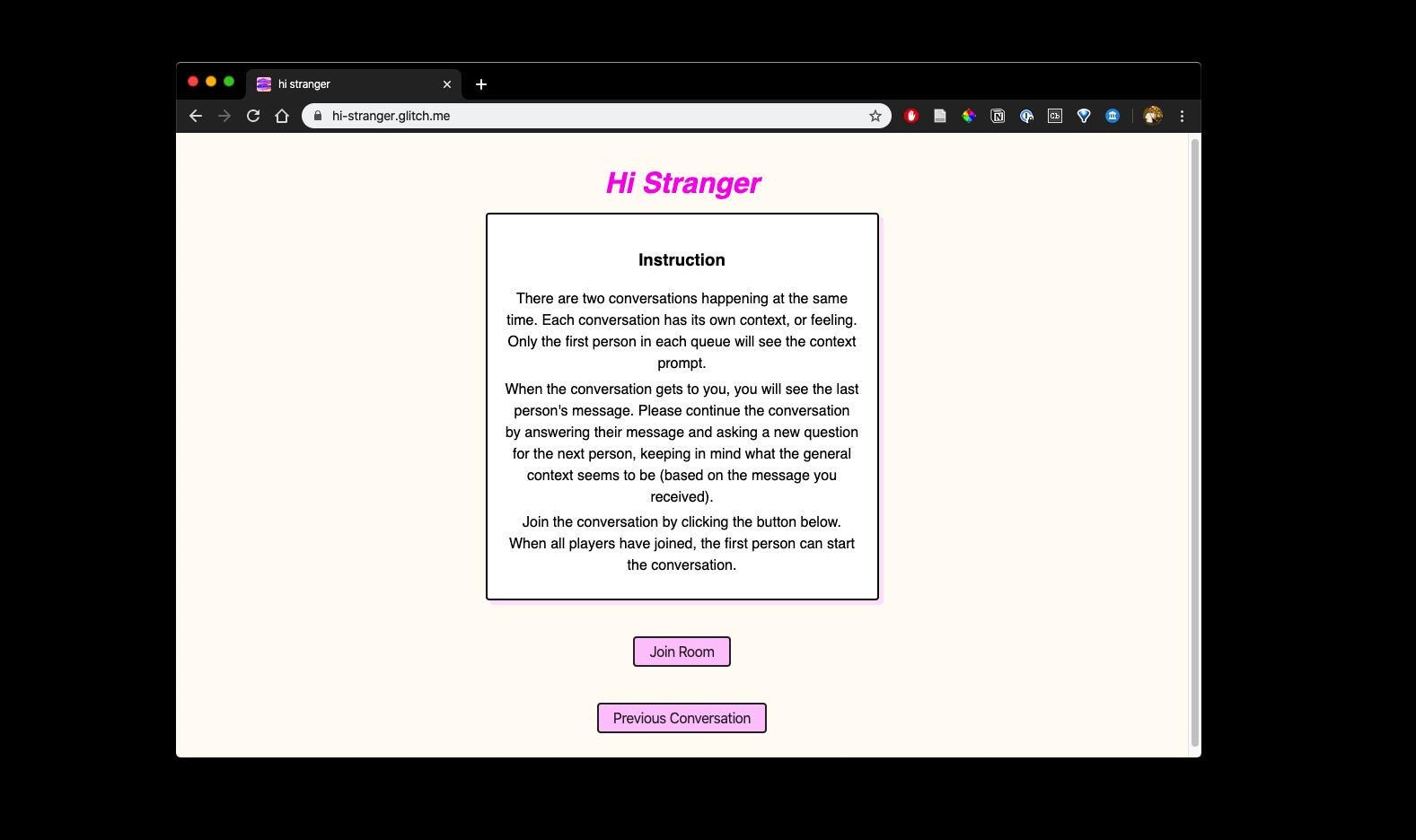 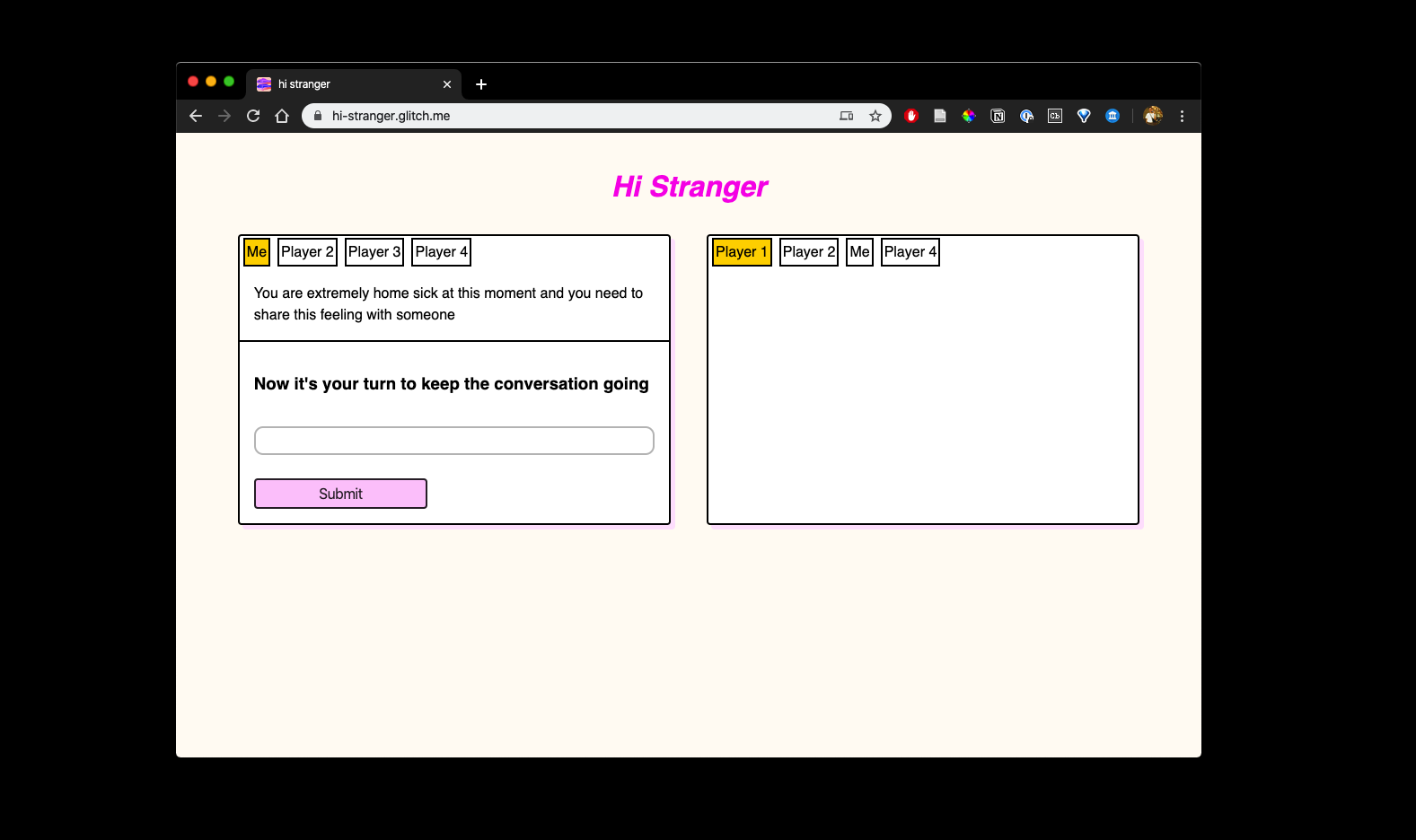 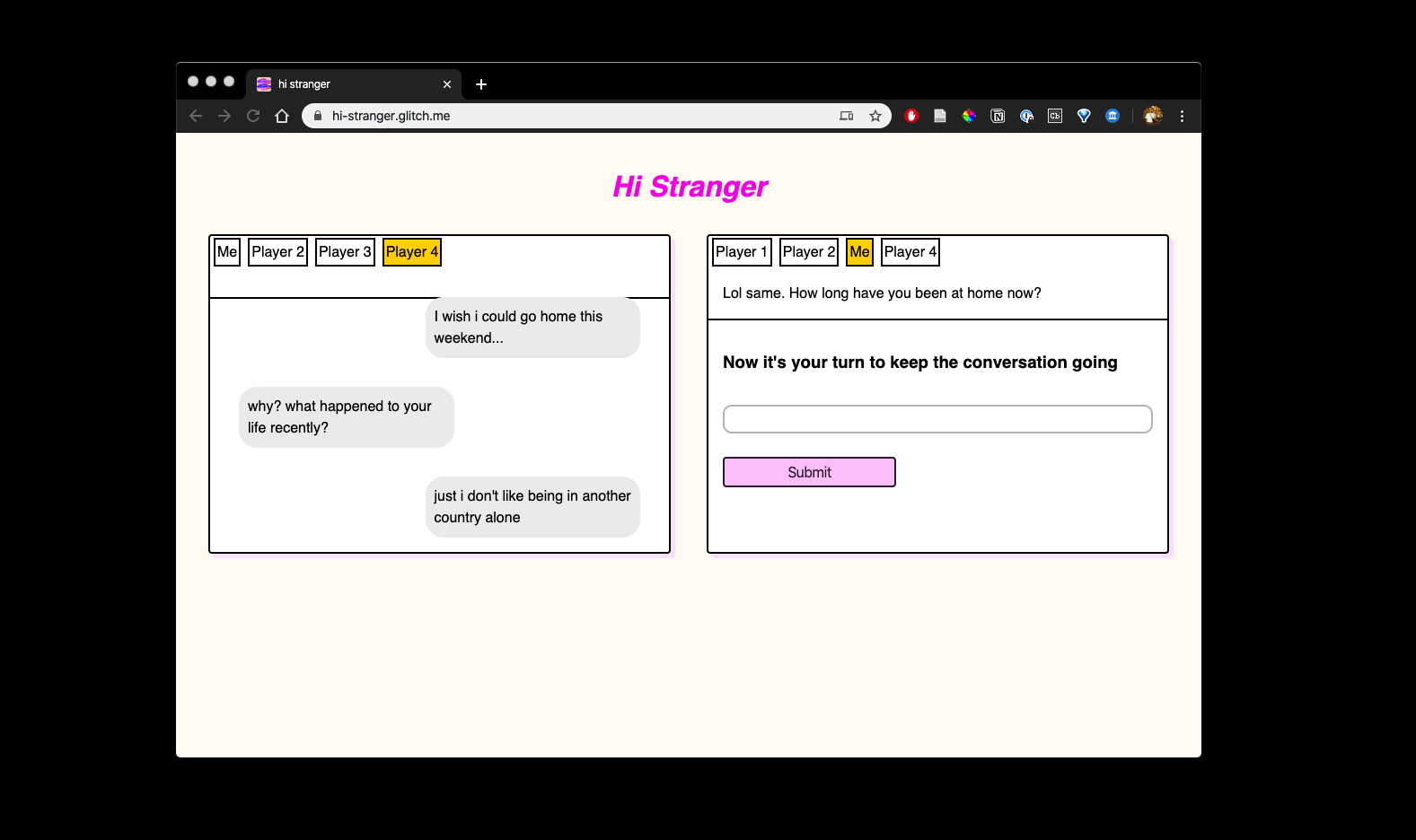 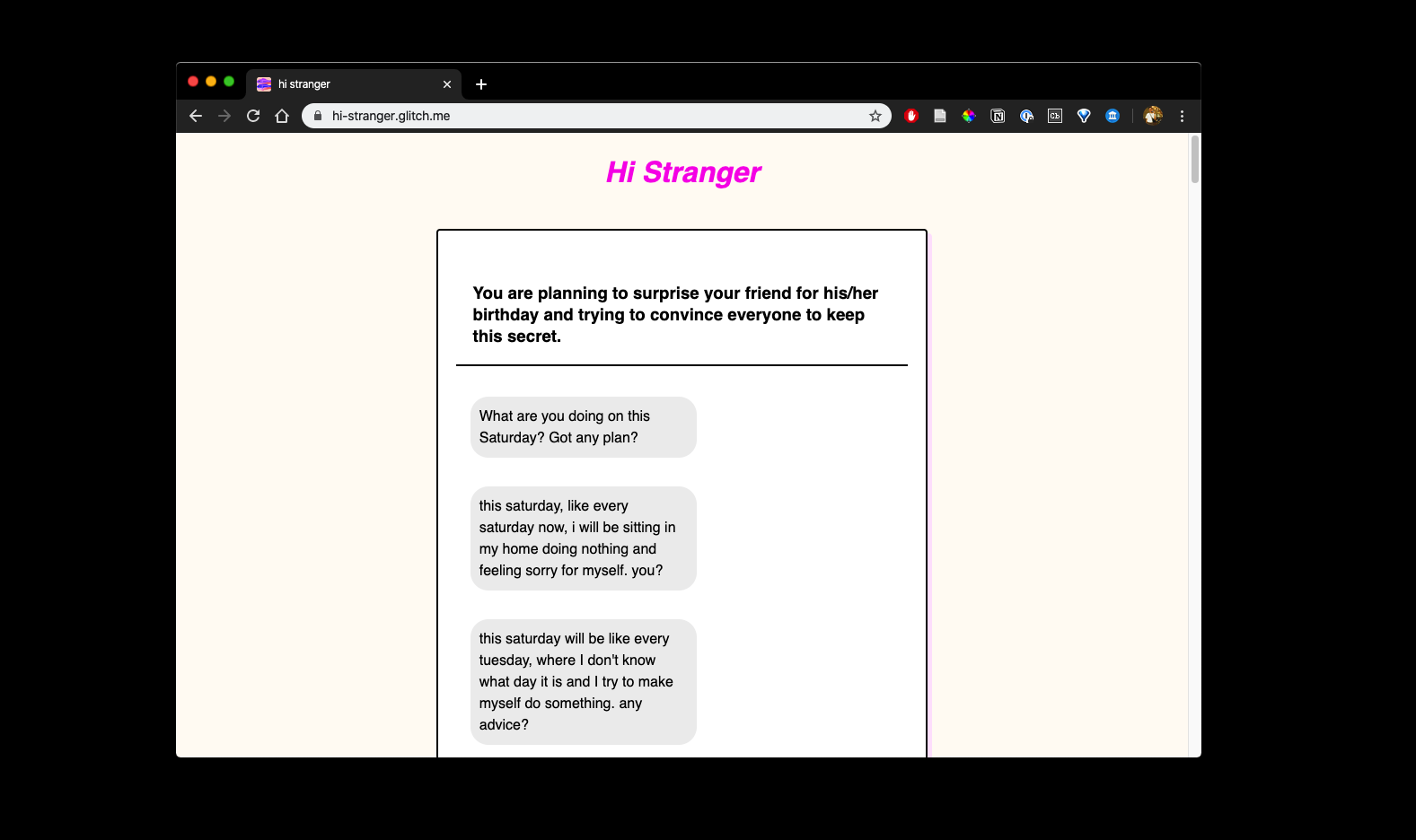